For Tuesdays, we thought it would be interesting to select a few films from specific actors or directors’ filmography and suggest which ones you should watch. For those of you who have been following the blog for a while, you will know that we recently started watching silent films, but our appreciation for one actress has really shown. We have spoken about Lillian Gish before (check here for that post), and reviewed a number of films in which she has starred in. So, today we are going to select some of our favourite Lillian Gish performances in the silent era so sadly her performances in Duel in the Sun and The Whales of August will not be added. Enjoy! 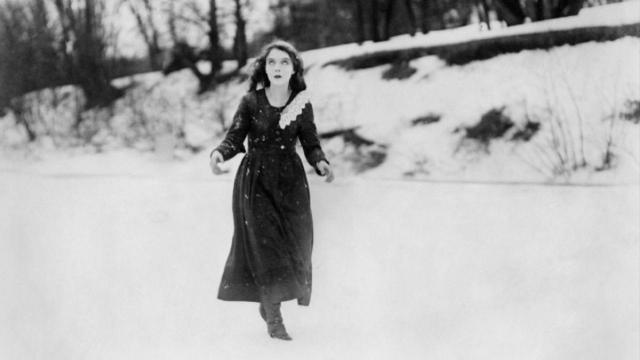 For some, this is THE performance from Lillian Gish. I would go one step further and say it is one of the best performances ever put onto film. The ability Gish has to complete the arch of a naive young woman who is tricked into marriage to the strength to try and start a new life in her untenable situation and then to fight back for her own good is astonishing, A truly virtuoso performance that showed such growth for a character that was rarely seen then. You become emotionally drained throughout the performance after Gish’s Anna is hit again and again with devastating emotional blows. Yet she preserves and learns and becomes so much stronger as a person for it. A true faultless performance with the entire middle section staying with you for a long time If climaxing in that baptism scene. What a performance.

A true toss-up between her performance in The Wind and in Way Down East for her best performance. We reviewed The Wind here and we will forever stand by it. Few performances since have been better. For all of the effects and money spent on the picture, Gish rises through it with this haunting performance that should never be forgotten. Gish, in fact, wanted a different ending, but due to the dark nature of the film, the studio decided it was best to end the film on a happier note. The Wind is a film that stands up today thanks to these performances and it hurts that it took me until this year to see it.

One of the better adaptations of the novel, but sadly very hard to find (I could only see it broken up on daily motion). Gish and Hansen’s chemistry is undeniable and a reason why they worked together again in The Wind with director Victor Sjöström. A hard film to find, but if you do, it is an incredible watch.

As melodramatic as they come, Orphans of the Storm allowed D.W. Griffith to unite the Gish sister in this spectacle of a film. What helped raise the film from its standard writing was indeed the performance of the two leads. Luckily for Griffith, both sisters were excellent actresses and it is a true shame that we never saw them on screen more after their Biograph shorts days. Lillian here utilises her wide facial range of facial expressions to help bring the audience in and boy does it work.

The use of a white actor playing an Asian man slightly overshadows the film, and it is hard to use the excuse of “it was standard for the time”, though Hollywood had in fact banned people of different races from kissing (some films were banned for decades or heavily cut for American audiences for this fact). Gish’s performance, however, is bold and as per her ability utterly heart-breaking. We know there is little hope her Lucy, yet we keep hoping for that happy ending. She even helped create the first instance of the “forced smile” of using your fingers to raise the corners of your mouth. Broken Blossoms is a simple, linear story (unusual for D.W. Griffith) that helped nations that lacked tolerance (ironic given the director) move the needle a little closer in the right direction for interracial love stories in movies.

One of the first film noirs of the time this Biograph short, this is one of Gish’s smaller roles that showed the promise of Gish and actually allows her to play more of a comedic role that sadly she never played as much as she should have. Her strong character traits remain however as she stands up for herself even when around gangsters. It is a fun role and in truth an interesting film that allowed Gish to play looser.

There are few actors who can continually play the suffering character as well as Lillian Gish, but even here in The White Sister, she had her work cut out for her. Playing a princess betrayed by her own sister and her fiancée is supposedly killed during an expedition into Africa, she turns to religion and becomes a nun. When her love and other revelations reveal themselves she has tough decisions to make, all while Mount Vesuvius begins a devastating eruption. While the film drags a tad it is worth it for Gish and the other leads.

We mentioned this in our review of The Mothering Heart, but when you watch it, you feel as if it was a 7-year short film precursor for D.W. Griffith and Gish in what would be Way Down East. The arch is equally as heartbreaking as Gish plays a betrayed pregnant wife. Throughout the film, it is clear that it was made as a vehicle to elevate Gish to star level. From the second she discovers the betrayal of her husbands she becomes spellbinding, and all of it is subtle, practically unheard of for the time. She allows the performance to build, giving little aspects of her characters’ thoughts out slowly, eventually showing the strength and resolve that would typify her as an actress. The final scene of this lovely woman being broken down so much by things beyond her control where she herself has to release her fury haunts you.

There are of course dozens of other films you could watch from Lillian Gish’s filmography, but we do hope you give a few of those a try with most available on Youtube, though it would be great to see a restored version of her work and not just some of DW Griffiths. Lillian Gish was truly one of a kind actress. Until next time.