We return for our sequel to Horror movies to watch beginning with I. Is this a better sequel? Who knows, It depends on your horror flavour! We have some classics in store for you though, so let’s get into our second part!

Invasion of the Body Snatchers (1956)

What type of horror film works best? The one where there are a message and boy is the message clear here with Invasion of the Body Snatchers. Basically, the perfect allegory for the McCarthy US-led era of hysteria during the Cold War. There weren’t many horrors or sci-fi films better than this. Giving the audience that little bit of insecurity after the fact. Do I really know the person beside me?

Invasion of the Body Snatchers (1978)

One of the best remakes ever made and proof that when given a proper go, a remake can be something as special as the original, but on its own merits. Instead of trying to be too close to the original here, we see the film go more along the paranoia route and it pays off immensely. Expanding on the originals smaller ideas and giving them more time to breath causes the atmosphere to be as tense as possible. The fact that 20 years after the first Invasion of the Body Snatchers that such fear of others is so high is proof that sometimes the best horror is the type that makes you doubt everything.

The slowest burn of all films. If you feel on this film with no trailers or clips you would be positive you were watching a tense drama. The group are trying to be brought in by a cult and are against it while some deal with past traumas. It has set itself up for a very uncomfortable viewing experience. We see Logan Marshall-Greens David appear as if anything bad happens during the evening that it will be because of his inability to cope from being back in his former family home. Instead, things take a turn and for the next 30 or so minutes it is utter chaos. A great watch for those who have a bit of patience about them.

Unrelenting in its bludgeoning, I Saw the Devil, just does not give the audience a moments rest to think about what they are seeing. Hit after gruesome hit comes at us and all we can do is let it happen. The epitome of the phrase “not for the faint-hearted”, you are in for a ride, but if you are able to get a breath you will see creative cinematography, especially in the action scenes where everything is so manic. If one thing is for sure, you will never feel the same getting into a taxi after this one.

I will have to hold my hands up again, I didn’t really enjoy IT Follows as much as I wanted to. I half think that I got caught up in the storm of the love towards the film and the statements of how extraordinary it was. Now I think it was a good horror film and I loved the idea of making sex the way to transfer the curse, add this with the daunting impending adulthood for the characters, and we have an excellent setup. Like our entity, the film is persistent and effective. But is it one of the best horror films in years? I will leave that for you to decide.

An effective horror film that ventures down the road of what happens if your child isn’t born as intended. Do you still try to love it unconditionally as Sharon Farrell’s Lenore does, or do you distance yourself from the child-like John P Ryan’s Frank? The film’s script is a little to be desired, but the child baby’s effects are well done. The acting is also on a better level than you would expect with John P. Ryans performance ending up being a great turn. The entire ending sequence is utterly heartbreaking when we realise that this monster is still just a baby.

An absolute marvel of a film when you consider the time it was made. Nowadays it would appear to be a bit dated, what with the rear screen projection to show our lead Robert’s battle with carious creatures. But, without these, we wouldn’t have other great films in the next decades. The idea to move him into a dollhouse legitimately made me laugh, but in retrospect, of course, you would do that! You are absorbed throughout the film as you wonder if he will keep getting smaller or will he find a cure? It is a great watch despite the effects on modern days standards.

The first non-silent film adaptation of H.G. Wells Island of Dr Moreau film. Fun fact the BBFC had banned this film for 26 years due to the animal cruelty scenes contained within. So we cannot just go and blame the Italian cannibal horrors for glorifying the craze… The 1930s were a horror boom and for the time it seemed like Eric C. Kenton perhaps went a bit too far for the time. The horror throughout is still not overtly graphic, like most horrors during this time focusing on foreboding and the thoughts of the horror. A wonderful journey back into time with this 88-year-old film.

With a Boris Karloff film, you are going to get a decent viewing experience and here we have a film with multiple decent scares that allow the idea of paranoia to drive the plot. You would not expect much from Isle of the Dead, but it is a pleasant surprise that really makes you sit down and think. Karloff treads that dangerous line of being the villain yet still being sympathetic to the audience. It should not really work, but Karloff’s skill as an actor is able to make it so.

Right from the start, I will have to say that this was not one for me. I thought it was okay, but I can see why people would like the film. For me, the scares ring hollow and the effects seem very much unfinished or just not as polished. The one bright spark of the film is, of course, the young cast who are very good in their roles. IT is always going to be a difficult adaption due to the book’s content, but the film is still more than watchable and was obviously successful enough to gain its massive box office.

For all of John Carpenters films, In the Mouth of Madness is the one that is probably forgotten about the most and that is a shame as we have a simple to the point story that has a lot more to say than a lot of other horror films in the 90s, but alas it probably failed to capture audiences as during this time gore and shock was what got audiences interested and the gore side has never really been Carpenters joy. This is a memorable film that actually works best when you know less about it. Catch it if you can.

That’s right we now venture into the Universal monster world with the classic The Invisible Man. The visual effects of this film are a joy to watch, especially for the time. James Whale was a master of horror and the success of this short feature-length is undeniable. Rains performance is the obvious stand out as he is able to have as much fun as possible in the role, utilising his stage experience to evoke such a frightening performance. A classic that you will never regret going back to. 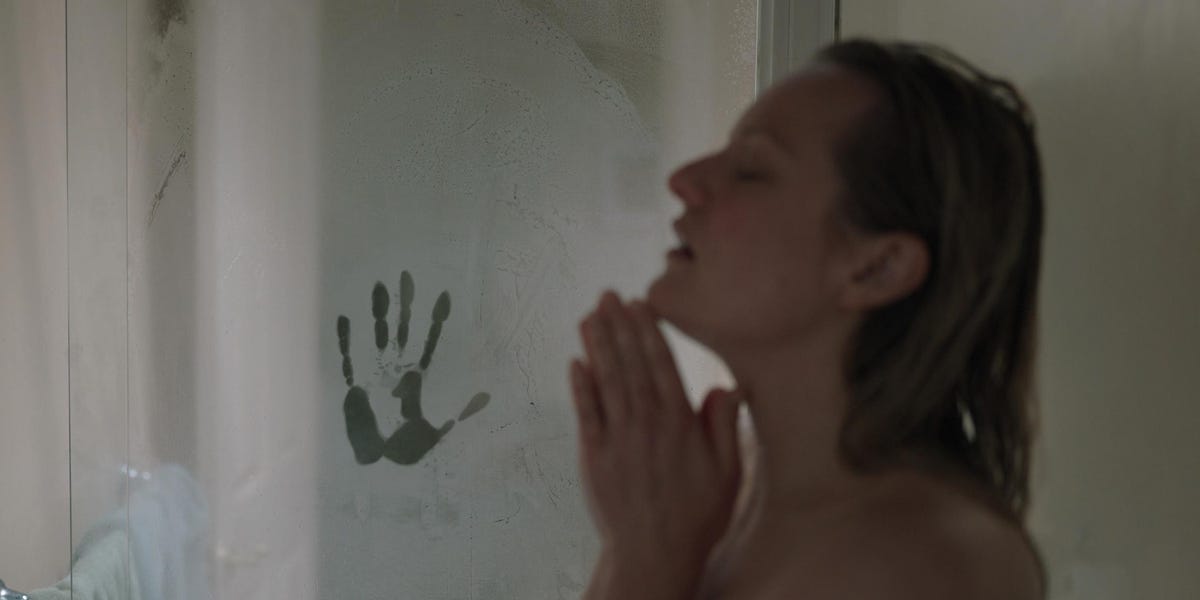 I remember the first trailer for The Invisible Man and being positively worried about how the film was going to be. The trailer was if we are honest. trash. Giving away a lot of the scares as a horror trailer is want to do. Leigh Whannell has always been a great horror writer, but getting the chance to excel as a director we see him have complete control of a film and boy have we been waiting too long for him to do that. Elizabeth Moss was a must casting option as she is able to command every second of screen time and is vital to the success of the film. Strangely it is not the invisible character that makes the film work it is his supposed victim. If her performance is either too much in both direction and the film fails. A wonderful surprise of a film.

Come back next week where we venture into a joint letter post with J and K (unless in the interim I find enough to break it up! Until then you can check out our previous letters below!